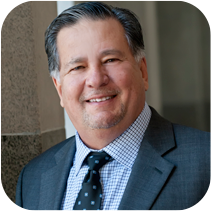 Mike is a Pastor and an ordained minister. He has successfully led revitalization efforts for some non-profit religious organizations and churches, and is the founder and CEO of Greater Than Gold, a ministry which distributes proprietary Bible study curriculum globally through the use of digital technology.

Mike is a gifted, motivating and inspiring speaker and has been published more than 50 times. He is considered by many to be a Subject Matter Expert in the home services space, with a particular emphasis in the Plumbing service industry.

Mike berthed his business ventures by selling the family mini-van and cashing in his ministry retirement account of $7000.00, he bought a used ambulance and began with a vision to build a business unlike any other and Plumbing Doctor® was born.

Mike’s studies and research led him to believe that the Franchise model of doing business is the best means to help fellow plumbing contractors become successful business owners. He formed another business, Fast Aid Success Systems, created and developed proprietary branding and systems that enable his brand to provide the “Feel Good Plumbing Experience”® to his clients and offer independent business ownership opportunities for plumbers.

Today the award-winning Plumbing Doctor® is a successful franchise system. For nearly 5 years his best practices strategies have been published in a monthly educational column for the trade magazine Reeves Journal called “The Doctor Is In”.

He has developed numerous proprietary systems and owns many Trademarks and other intellectual property rights.
Mike is passionate about both the plumbing service industry and ministry and spends his time developing leaders in both.
Mike and his wife have three children, all of whom are executives in his company. He has been married for over 40 years and enjoys spending time with his family.