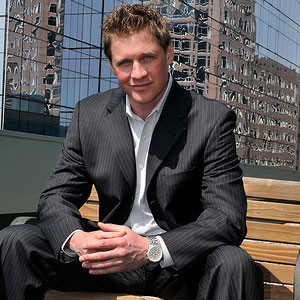 Kevin Maggiacomo serves as President and Chief Executive Officer of SVN®, a globally recognized commercial real estate brand with proven leadership, cutting-edge tools and a culture that is built on collaboration. He is responsible for the company’s mission, vision and promoting expansion across the United States and internationally.

Under Maggiacomo’s leadership SVN has strived to be different, in fact it’s at the heart of everything the company does. By bucking against the often self-serving practices of the CRE industry and fostering an environment based on teamwork, SVN has successfully built a platform where everyone wins. When you join SVN you are instantly connected to a national and international collaborative network of over 200 offices which facilitates increased deal-making, competition for assets and closing more deals in less time. It’s called the SVN Difference.

Maggiacomo has facilitated SVN’s growth from seven offices in 2001, to more than 190 today. The company continues to grow with a strong focus on expanding into international markets, in particular Canada, Mexico, United Kingdom and United Arab Emirates.

During his 14-year tenure, SVN has won numerous awards, including awards for innovation, twice named to Inc. Magazine’s list of the Fastest Growing Private Companies in America, acknowledged by the Lipsey Co. as one of the most recognized brands in commercial real estate, and awarded Top Brokerage Firm status by CPExecutive. Personally, Maggiacomo received Honorable Mention as the Service Executive of the Year in 2015 by CPExecutive and has been awarded Visionary Status by CPExecutive.