About Our General Partner 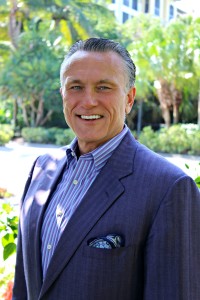 Chad MacDonald is the General Partner of Connected Ventures, LLC. He has become nationally recognized for his innovative and disruptive execution in the service management, distribution, procurement, financial services, and emerging technology sectors.

MacDonald began his career in the service management industry, while in college, he launched Advanced Maintenance Services (AMS). Over a five year period, the business grew rapidly to be a dominant  east coast-based Janitorial service provider with over 1,700 employees and $15 million in annual sales. AMS was sold in 1986 to a national support services company for $7+ million.

MacDonald then founded Service Management USA, Inc., which grew both organically and through strategic acquisitions to become one of the nation’s preeminent facilities management providers. The rapid market adoption was the result of the introduction of a technology-enabled facility outsourcing platform, which managed all property services and supply procurement. Chad’s vision and execution led Service Management USA, Inc. to become the platform company to raise $500M+, to affect the industries largest consolidation of service providers, and re-branded as Building One Services Corporation (NASDAQ: BOSS) in 1998. MacDonald was the driving force in this consolidation of more than 100+ janitorial, electrical and mechanical companies with more than $2 billion in revenue. BOSS ultimately became Encompass Services (NYSE: ESR) which was the largest facility services business which successfully generated over $4.8 billion with 330 operating companies under a single brand.

MacDonald then turned his attention to emerging service and supply chain technologies. As a lead investor and market maker in PurchasePro, (NASDAQ: PPRO), a leading enterprise spend management solution, he provided operational and financial direction which resulted in the 3rd most successful IPO in 2000. With the advent of new web-based technologies and the rapid changes occurring in “MRO” distribution/supply chain industry, MacDonald acquired NISSCO in 2000. NISSCO at that time was a $150 million group purchasing organization, under MacDonald’s leadership it has grown to represent more than $2.7 billion in managed spend and is one of the nation’s largest Jan/San procurement companies. During this transitional period of commerce, MacDonald was also a founding shareholder of Access National Bank, one of the original national federally chartered banks, and pioneers of online banking services.  Access National Bank (NASDAQ: ANCX) went public in 2004.

MacDonald is an active member and past Chairman of the Young President Organization (YPO/WPO) for the U.S. Capital Chapter. His success throughout the years is continuously recognized by numerous and prominent organizations such as Ernst & Young’s Entrepreneur of the Year (three separate companies), INC Magazine’s 500/5000, CNN/FN , Washington Post, Huffington Post, SmartCEO, and industry  trade press/publications.

MacDonald serves on numerous corporate boards, and is passionately dedicated and has raised millions of dollars through his family’s foundation for the awareness, education, and advocacy to find a cure for Melanoma cancer, which took his wife’s life.